Today is Blog Tour Day, where writers answer questions about their writing process. The lovely Amanda Earl posted her tour last week. You can check it out here

I'm working on a long poem about Teddy Girls, a subculture that emerged in 1950s Britain and was most notably documented in a photo essay called The Last of the Teddy Girls by Ken Russell. Reacting against the post-war conditions they found themselves living in, Teddy Girls (and Teddy Boys) were spirited, transgressive and mostly working-class youth whose Neo-Edwardian style would help inspire what we now know as American rock n' roll. My poem is an imagining of how Teddy Girls spent their days and nights on the streets, factories and dance halls of East-End London. 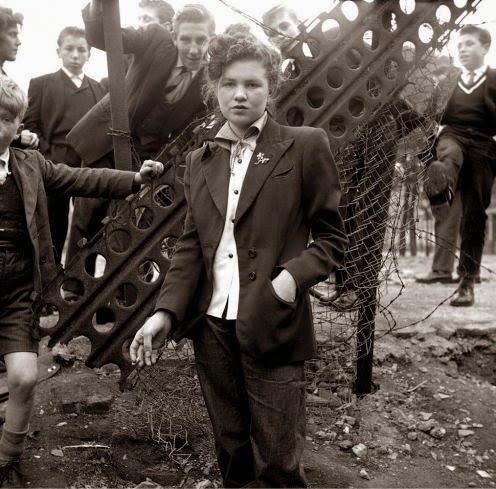 2. How does my work differ from others of its genre?

I'm not really sure that it does.

I like to write in a way that enlarges details. What attracts me to poetry in the first place is that I don't have to obsess about 'telling everything'. I write in the same way that I approach a vignette - I won't accept what's been laid out neatly. I want to take things a part, move them around. It's important for me to search and research. 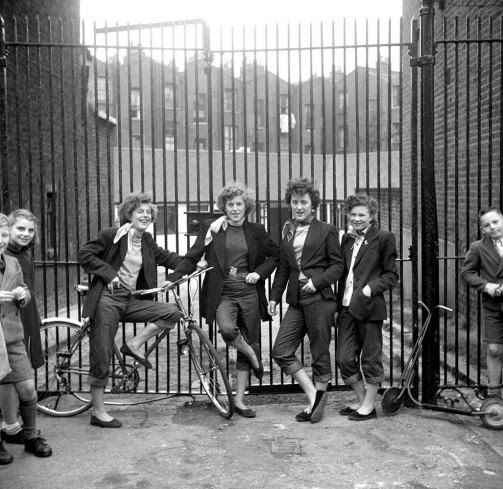 4. How does your writing process work?

My process is about patience. There's a lot of time and space between the lines I write. In any one of my poems, I'll wager that I've drank as many cups of tea as there are lines. I'm a ponderer. I'll only set something down when I feel like I could describe it without seeing it again. The irony being, of course, that I will see it again - that's what the poem is for. All photographs by Ken Russell, via TIME Lightbox

My good pals Ben, David and Lucas will be participating on the Blog Tour, so be sure to hop on over to the following places:

Ben Ladouceur lives in Toronto. His poetry can be found in The Walrus, Arc, Best Canadian Poetry 2013, and several other places. He's the writer of "Other Men," a webseries forthcoming from Klymlove Productions.

David Emery visits places that people remember. Then he writes them letters.

Lucas Armstrong is a Perth native still adjusting to life in the big city of Ottawa, and a self-proclaimed 'creative type.' He's self-published a handful of novels online and likes to rant about philosophy, ethics, and the state of the world for the sole reason of hearing himself talk.
Posted by Rachael Simpson

Rachael Simpson
I surround myself with what I love, plain and simple. There is nothing too chipped or tattered for me, and nothing too precious. A homebody at heart, I curate this little blog as a gathering place for some of my favourite bits and pieces. I balance my time at my family's farm and my apartment in the city.

All text and images are my own unless stated otherwise. Please ask permission first if you'd like to use elsewhere. Thank you!